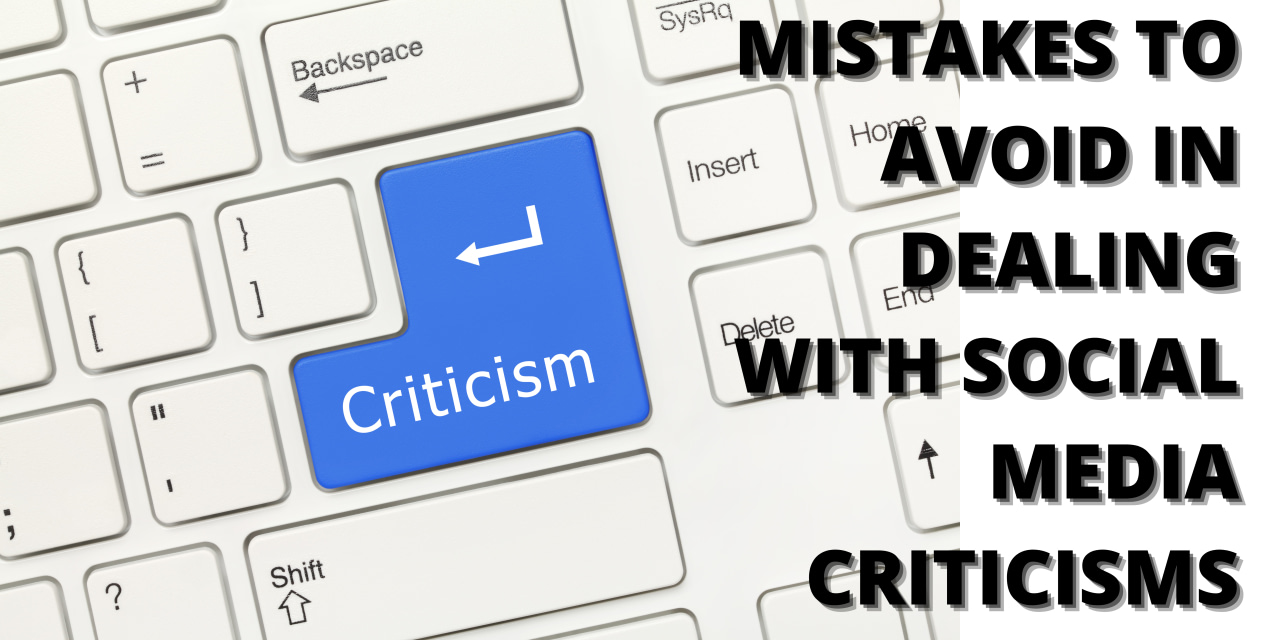 Social media became a vital part of the everyday lives of each individual in any part of the world. This has now the widest reach of audiences compared to mass media since, through social media, everyone can be involved and give timely reactions and comments on every content. Also with the help of social media, advertising companies or marketing yourself became easier and cost-efficient since everyone can access it. There are people who became social media influencers sharing their content through their social media pages and followers react and comment according to their judgments.

Since social media is a free platform, with a million users across the globe, definitely that you cannot please everybody. Things you may post may be likable for you and not for others, agreeable to you and not for others. Through this, you might encounter feedback and criticisms from others which are sometimes constructive (to help you improve) or destructive (negative reactions) just to give a negative feeling. We need to learn how to filter the criticism we get in order to avoid any mistakes, especially for social media influencers.

Oftentimes that followers or viewers provide feedback as they saw something wrong to correct or to improve for a better outcome. If you find the criticism is based on facts, agree and address it for improvement. This will also show that you are interacting with your audiences and gathering unsolicited feedback for improvement.

Do not assume all the time that the people criticizing you are just trolls. The most sometimes are your loyal followers and since they are loyal, they provide criticism as consistent followers to help you get better with your craft. Be thankful for them as your page will not grow without them.

·        As much as possible, don’t take the criticisms very personal

Take the fact that people will give criticism to what you do and not to you as an individual, therefore, making a barrier to lessen the impact on your personal morale when being criticized. Take some feedback as valuable constructive and disregard comments that are nonsense.

·        When the criticism is constructive, be thankful

Respective people give feedback to improve and not to degrade people, therefore when you get such kind of criticism, be thankful by acknowledging the constructive comment to say thank you and better apply what was advised from the criticisms and show that you can improve better.

It is very much common to encounter comments and critics who just want to degrade the person or a company through social media as they think it’s their way to get revenge or release anguish. Hence, if you encounter such, better just ignore them or if an answer from you is needed, then just use neutral statements, eventually, they’ll just get tired of not making you feel the way they want you to feel and they’ll just stop.

Criticisms are inevitable and it just became more common when social media became so open but then if we know how to deal with and by avoiding any more mistakes while being criticized, and taking advantage of the constructive criticisms for better improvement. Then it will be a win-win situation between you and your followers and your network will grow bigger.